The data explorer tool helps communities, cities and municipalities easily visualize how many rooftops are suitable to install solar, how much power they could collectively generate, and how much carbon could be displaced by deploying rooftop solar at scale.

Sunroof’s data explorer found that in more than 90 percent of communities that the tool covers within 42 states nationwide, well over half the rooftops are viable for solar. (Google)

Google has always been a big believer in clean energy, and solar power has been a central part of our vision. Over the past year, Project Sunroof has been helping homeowners explore whether they should go solar – offering solar estimates for over 43 million houses across 42 states. Solar installations today are growing rapidly, but there remains tremendous untapped potential as only a half a percent of U.S. electricity comes from solar…

ELGL has been recording and producing the GovLove Podcast for almost a full calendar year and with 85 episodes one of the most common questions we get is, where should I start? GovLove is recorded by three alternating hosts: Kent Wyatt, Kirsten Wyatt and Ben Kittelson and we all have our own opinions on what episodes are…

A municipal court reform bill awaiting Missouri Gov. Jay Nixon’s signature reduces fines and eliminates jail for many municipal offenses. But officials in Kansas City and nearby suburbs say it endangers public safety and neighborhoods. Legislation is part of the aftermath of riots in Ferguson and other St. Louis area cities.

From the Associated Press

The Missouri River is slowly resuming its role as a transportation corridor for commodities such as grain, scrap metal and fertilizer, but proponents of the barge industry acknowledge they’re still swimming upstream against a perception that the river is not reliable enough to be profitable.

Some small, private barge companies never stopped using the river but public ports along the nearly 760-mile span from Sioux City, Iowa, to St. Louis, Missouri, disappeared in the late 1990s and early 2000s after a combination of drought, economic recession, low commodity prices and politic infighting led shippers to turn to rail and trucks.

As prices stabilized and droughts eased, attention turned to reopening some public ports, with the Woodswether terminal port in Kansas City last August being the first since 2007.

About an hour north, the St. Joseph Regional Port Authority is improving its infrastructure and plans to attract…

Cities can no longer look to their states or the federal government for funding – they need the authority to find creative local solutions. Fortunately, a patchwork of new and traditional tools and approaches is at their disposal.

The way fiscal tools work in each jurisdiction is very much dependent upon the political nuances, demographic makeup and the types of challenges specific to each city. For example, some cities might pay for road repairs through public-private partnerships, while others might use funds from state infrastructure banks. (Getty Images)

As the infrastructure deficit grows in our cities, so do questions about how to pay for these critical systems. Funding from the federal and state levels is uncertain at best, placing increasing pressure on local governments to take the lead. But political realities coupled with unequal access to local revenue tools means some don’t have the authority they need to answer the… 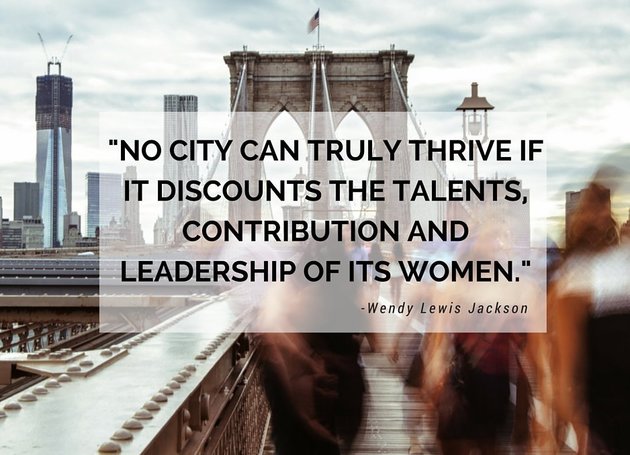 The summit featured mayors, public and private sector leaders, journalists, academics, students and entrepreneurs discussing the stories, innovations and people who will transform our cities in the coming decades. 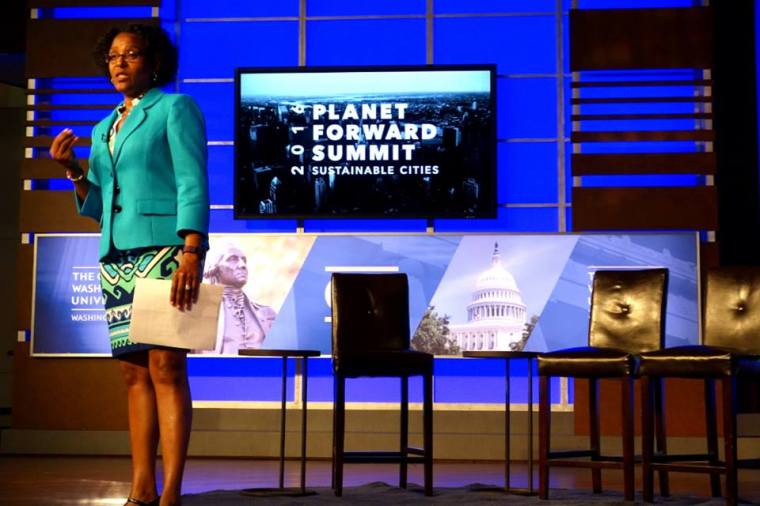 In celebration and recognition of Earth Day 2016, National League of Cities President Melodee Colbert-Kean joined municipal officials, private sector leaders and students from around the country at the Planet Forward Summit hosted at George Washington University in Washington, D.C.

The event celebrated the power of storytelling to transform cities, making them more sustainable and livable for the next generation. President Colbert-Kean’s opening keynote for the conference focused on the hundreds of stories that she hears as an NLC leader from city officials throughout the country. “In today’s…

Authenticity as a servant leader means reflecting your genuine concern for others in the completeness of how you live every day. Being an authentic servant leader is not something you do, it is who…